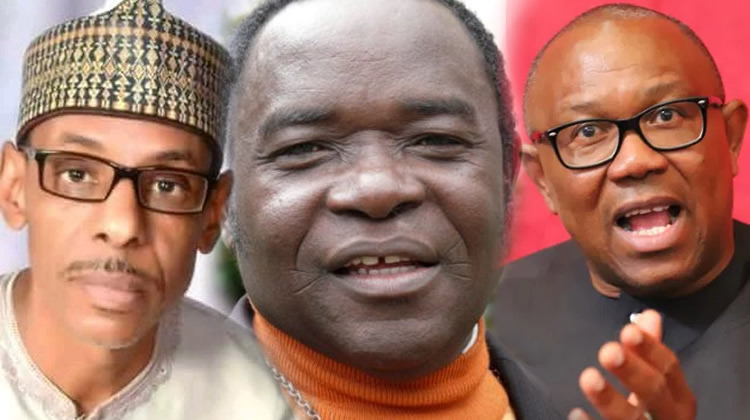 A former governor of Anambra State, Mr Peter Obi; the Catholic Bishop of Sokoto Diocese, Matthew Kukah and the Northern Elders Forum said on Thursday that Nigeria was repeating its mistakes that led to the civil war which lasted from July 6, 1967 to January 15, 1970.

Speaking at a webinar, they cautioned that unless something urgent was done, the aftermath of the ongoing injustice, poor governance and leadership failure in the country would be worse than what was experienced during the civil war.

The civil war was fought between the government of Nigeria, headed by the then Head of State, General Yakubu Gowon (retd.), and the secessionist state of Biafra, led by the late Lt. Col. Odumegwu Ojukwu, from July 6, 1967 to January 15, 1970, during which over one million persons reportedly lost their lives.

In his brief remarks, Obi said, “We are still travelling on the same road to the same destination. The road has got more bumpy, worse than it was than when they (Nigerians) travelled that road before. If you compare what is happening today and what happened then, what brought Nigeria to that destination in the past has actually got worse today.

“All of those things that made them to participate in what happened are still very much today and getting worse, starting from incompetent leadership with total lack of capacity and character.

You have a situation where corruption is worse today than it was then. Unemployment is far worse today when you have millions of young people in their productive age not knowing where the next meal would come from and the government is not thinking.”

He added, “We cannot continue with the way we are today; across the entire country, from local government to the highest level, we have incompetent leadership and they don’t have the capacity to solve the country’s problem. You don’t go to a Formula 1 competition with a Molue driver.“These vehicles of the Nigerian state are being driven by Molue drivers across the country and that is why you have too many accidents. We need to have the proper people who are competent and can do the job. If you don’t have it, you have a problem.”

Similarly, the spokesperson for the NEF, Dr Hakeem Baba-Ahmed, said at the webinar that unless something dramatic was done, things would get worse. He lamented that the post-civil war elite had substantially killed the country even more than those who launched the country into the “disaster” that ended in 1970.