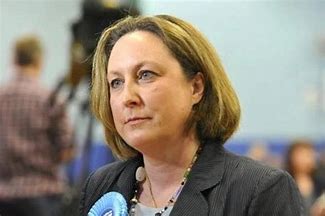 In a cabinet reshuffle announced on September 15, the Rt Hon Anne-Marie Trevelyan MP was appointed the UK Secretary of State for International Trade and President of the Board of Trade, replacing Liz Truss who has been appointed as Foreign Secretary.

Anne-Marie was previously Minister of State (Minister for Energy, Clean Growth and Climate Change) at the Department of Business, Energy and Industrial Strategy from January 2021 to September 2021, and was appointed as the UK International Champion on Adaptation and Resilience for the COP26 Presidency on 7 November 2020.

Anne-Marie was first elected as Member of Parliament (MP) for the Berwick-upon-Tweed constituency at the 2015 general election.

A chartered accountant by trade, Anne-Marie sat on the House of Commons’ Public Accounts Committee from July 2015 to May 2017 and December 2018 to July 2019. She has previously served as the Parliamentary Private Secretary to the Secretary of State for Defence. As an MP, she has campaigned with colleagues for greater autism awareness and has focused on the Armed Forces Covenant.

Trevelyan will lead the Department for International Trade (DIT) in its efforts to strike new free trade agreements and promote UK exports overseas.

The cabinet reshuffle represents Prime Minister Boris Johnson’s first major overhaul of his government leadership team since his election win in 2019 and since the beginning of the Covid-19 pandemic.

‘Joining at a pivotal time’

“Ms Trevelyan is joining at a pivotal time. With the UK’s trade policy capability now firmly established, we need to move into a new phase in which we will look to build on our undoubted strengths and grow the UK’s share of world trade, as well as the number of UK businesses who trade internationally.

“The IOE&IT looks forward to helping the new minister and her team achieve those goals.”

A Eurosceptic who voted for Brexit in 2016, Trevelyan was a member of the European Research Group and resigned as a Parliamentary Private Secretary in 2018 over Theresa May’s draft EU withdrawal agreement.

The MP for Berwick-upon-Tweed since 2015, she voted in favour of the UK’s trade agreement with the EU in 2020 and also backed the Trade Bill, which has since become the Trade Act 2021.

The latter legislation established the UK’s framework for trade negotiations and set up the Trade Remedies Authority.

Truss earned her promotion having secured the highest approval ratings among Cabinet ministers from Conservative Party supporters on conservative Home.

Since then, her department has secured the UK’s first free trade agreements as an independent trading nation following Brexit.

The DIT is currently in the late stages of negotiations for a trade deal with New Zealand and has been permitted to begin talks to join the CPTPP bloc of 11 Pacific nations.

In her last week as trade secretary, Truss held talks with Indian commerce minister Piyush Goyal about the UK’s planned negotiations with India for another trade deal.

She also said that the UK should pivot to Asia and prioritise trade in digital and financial services in her last speech as international trade secretary, which she made to the Policy Exchange think tank on the 14th of September.