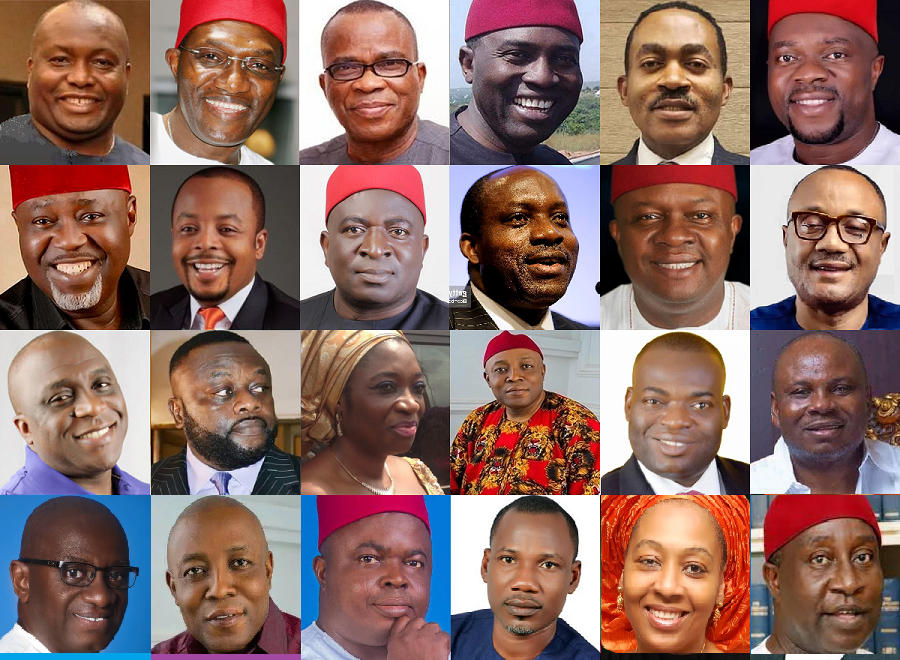 Even non-legal practitioners know that a state high court cannot give a consequential order to a federal agency like the Independent National Electoral Commission (INEC). Any serious action which involves a federal agency must go to the Federal High Court, not State High Court. This is trite law. Still, on June 30, 2021, Justice Musa Ubale of the Jigawa State High Court sitting in the little town of Birnin Kudu gave a consequential order mandating INEC to accept any person brought by one Jude Okeke as the All Progressives Grand Alliance (APGA) candidate in the forthcoming Anambra State gubernatorial election. On the strength of this manifestly flawed mandatory order, Chukwuma Umeoji’s name was submitted to INEC, despite the fact that INEC had on July 2, 2021, accepted Professor Chukwuma Soludo, the former Central Bank governor, as the APGA candidate in the November 6 election. Soludo’s candidature was, in addition, supported by an order of the Federal High Court, Awka, Anambra State.

Umeoji is laying claim to the APGA ticket on the basis that his brother in-law, Jude Okeke, is now purportedly the APGA national chairman following his alleged overthrow of one Edozie Njoku who supposedly became chairman in 2019 following a so-called congress in Owerri, Imo State, which INEC never monitored because it was a comical show not befitting even adolescents. INEC has been relating with only the APGA executive committee led by Chief Victor Oye because it is properly constituted.

Umeoji purchased his expression of interest form and the gubernatorial nomination form from Dr Victor Oye in his capacity as the APGA national chairman. This was on Thursday, May 27, 2021. The forms were signed by Oye. He paid N22 million to the Oye-led APGA executive committee in June, 2021. He appeared before the Oye-led screening committee which on June 13, 2021, disqualified because, as events have revealed, he was working in cahoots with his townsman, Andy Uba, a controversial member of the All Progressives Congress (APC) seeking to run for the governorship; he is in alliance with Uba to destabilize APGA. On June 14, 2021, Umeoji appealed against his disqualification in a letter addressed to the APGA National Working Committee led by Dr Oye. The NEC upheld his disqualification.

At this point, Umeoji hit a brainwave: Chief Oye, whom he was dealing with in May and June over his gubernatorial ambition, has ceased to be the APGA national chairman since 2019! He even claimed that the Edozie Njoku, who held the comical show in Owerri which INEC ignored for being a waste of time and resources, had become the party’s national chairman. He went ahead to claim Njoku has been ousted and now replaced by his own (Umeoji’s) in-law, Jude Okeke!

Not satisfied with this funny drama, he travelled not to Awka, where the legitimate APGA convention was held in 2019, or even to Owerri where Njoku hosted a political comedy the same year, but to Birnin Kudu in Jigawa State, some 640 kilometres away from the theatre of action. Umeoji and his lawyers probably have never heard of territorial jurisdiction. Umeoji got one Aliyu Garba to claim that he is an APGA member and asked him to go to the Birnin Kudu High Court to ask Justice Musa Ubale to determine if Jude Okeke was the APGA acting national chairman. Without APGA being joined in the suit and without the national chairman, Chief Oye, aware of the suit, Justice Ubale ruled that Okeke has taken over from Edozie Njoku as the APGA chairman. How did Okeke take over from Njoku? When? Why? Nobody can answer any of these questions, just as no one knows when Njoku was ever APGA chairman.

In every election year in Anambra State, politicians embark on all manner of frivolities before the courts, with some funny lawyers in tow because of the pecuniary gains. The politicians sometimes compromise judges in their determination to capture the state at all costs. Most often such members of the Bench pay a heavy price. Instances abound. They include Justices Okechukwu Opene and David Adeleye Adeniji who were disgraced out of the Court of Appeal in 2004 over bribery allegations involving Senator Ugochukwu Uba, the eldest of the Uba brothers. The justices were recommended for removal by the National Judicial Council. Justice Stanley Nnaji of the Enugu State High Court was dismissed from the Judiciary on the NJC recommendation following his role in the attempt to remove the Anambra governor, with Chief Chris Uba, the youngest of the Uba brothers at the centre; Stanley Nnaji was last May 27 killed by unknown gunmen in broad daylight in Enugu. Justice Wilson Egbo-Egbo of the federal High Court was compulsorily retired in 2004 for his ruling over the Anambra governorship.

It is certain that Anambra people will write a petition to the NJC against Justice Musa Ubale of the Birnin Kudu High Court over the curious judgment of June 30 on the Anambra gubernatorial struggles. Nigeria’s judiciary truly needs to be cleaned up. It is not the just judiciary but also the entire legal profession which needs a cleanup. To punish Justice Ubale without penalizing lawyers like Chibuzor Ezike who must have helped to misdirect the Birnin Kudu court will be a travesty of justice. What Nigerians need from our courts is justice, not judgment. Musa Ubale served Nigerian people judgment on June 30, 2021, and not justice.

Federalism is the answer, after all – Part 45