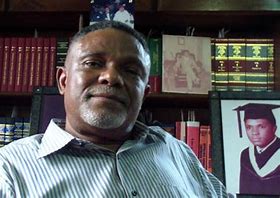 Is it legal and constitutional for serving lawmakers or appointees of government to seek election into a tenured office without resigning from the post or taking a leave of absence? Should the Independent National Electoral Commission (INEC) allow a political party to field a candidate for the office of governor without a democratic governorship primary?

Can a political party be allowed to participate in an election after presenting a candidate out of time due to intra-party pre-election wrangling?

The above posers are expected to be determined by the court via a public interest litigation filed by Mr. Ifeanyichukwu Okonkwo at the Federal High Court, Awka, Anambra State.

The suit comes on the heels of alleged mass resignation of ad hoc staff penciled by INEC for the Anambra State governorship election coming up on November 6, 2021.

INEC’s Resident Electoral Commissioner (REC), Mr. Nwachukwu Orji, while refuting the reported mass resignation of such calibre of staff, disclosed that the commission was still recruiting.

Orji denied that any adhoc staff resigned in response to threats by the Indigenous People of Biafra (IPOB) to enforce a boycott of the poll through their usual sit-at-home public resistance approach.

The REC told journalists that such reports were not only false, but also lacking any substance, stressing that his office only rounded off training of the adhoc staff before the misleading report started making the rounds on the social media.

He stated: “I am the head of INEC in Anambra State. The true position of things is that we have more than enough manpower for the conduct of the forthcoming governorship election. This is authoritative.”

However, no sooner had the defendants in the suit filed by a registered voter in the state, Okonkwo, who contested the 2017 governorship poll on the platform of Action Democratic Party (ADP) been notified than further apprehension set into the election environment.

The lawsuit is expected to test relevant legal provisions in Nigeria’s electoral system. Mr. Okonkwo is praying the court for an order disqualifying four candidates and their parties from the November 6, Anambra State governorship election.

The implication of the suit is that in the event that any of the defendants wins the November 6 governorship poll before the matter is determined, a positive ruling by the court would invalidate their victory.

The plaintiff, who attested that he is a politician, democracy activist and duly registered by the 10th defendant as a voter for the November 6 election, declared that he is aggrieved by the “flagrant violations of the 2010 Electoral Act (as amended) and the Nigerian constitution by the defendants.”

In his statement of claim, the plaintiff further averred that his grievances against the defendants “touch on the information given by the defendants and their prospective flag bearers for the November 6 gubernatorial poll, published on August 6, 2021.”

Other claims by the plaintiff include: “It is constitutionally decreed that other than the 1st (APC), 3rd (APGA), 5th (PDP) and 7th (YPP) defendants, who are political parties, no association shall canvass for votes for any candidate at any election or contribute to the funds of any political party or to the election expenses of any candidate at the November 6 governorship election in Anambra State.

“That the suit of the plaintiff against the defendants relates to nominations and sponsorships of candidates for the November 6 governorship election in Anambra State, and more so on very concrete and reasonable grounds, which the plaintiff verily believe that some of the information supplied to the 9th and 10th defendants by both the defendants and their respective candidates for the election are manifestly false, misleading and in flagrant violation of their respective party guidelines in the governorship primaries, the Electoral Act and Nigeria’s constitution.”

The plaintiff, Okonkwo, stated that being aware that the constitution empowers any person, who has reasonable ground to believe that any information given by a political party or its candidate like the defendants submitted to the 10th defendant is false, to file a suit at the Federal High Court or a High Court against such person/party and seek a declaration that such information is not true.

While stressing that the sanction for such false facts is disqualification of the candidate/political party, Okonkwo prayed the court to grant him the following reliefs: “An order disqualifying the 2nd, 4th, 6th and 8th defendants, the candidates of the 1st, 3rd, 5th and 7th defendants from contesting the November 6 election pursuant to subsection (6) of Section 31 of the 2010 Electoral Act as amended.

“An order of mandatory injunction mandating/directing the INEC to delist the defendants and barring them from presentment and participation in the November 6 election.

“An order of declaration that the information contained in the affidavit presented by 2nd, 4th, 6th and 8th defendants to INEC Form CF001 and other details on the nomination is false and misrepresentation of facts about their personal particulars or information of the candidates.

“An order pursuant to section 31(6) of the 2010 Electoral Act, as amended, disqualifying the 2nd, 4th, 6th and 8th defendants as candidates from contesting the November 6, Anambra State governorship election.”

Regarding the 1st respondent, the plaintiff averred that since “the appointment of the Acting Chairman and members of the caretaker committee by APC National Working Committee, it is a well known fact that the appointing body (APC NWC), never met again to extend the tenure of the Caretaker Committee,” contending that such acts carried out by such body has not been determined by any court of law.

He noted that the APC acting national chairman is a tenured public officer, who doubles as well in a tenure of six months, which was further extended for another six months, “and is aware that as a state governor, shall not during his current period in office as governor hold any other executive office, or paid employment in any capacity whatsoever, or sit at the helm of affairs of APC Anambra State governorship primary election that purportedly took place on June 26, 2021.”

Citing section 87(1) of the 2010 Electoral Act, the plaintiff stressed that the statute stipulates that candidates of political parties at an election can only be nominated at elective democratic process, adding that the law cast a duty upon the 9th and 10th defendants to monitor and keep record of the activities of political parties.

He therefore referenced the INEC report which stated that APC did not hold governorship primary in Anambra State on June 26, 2021, adding, “INEC under the statute is duty bound, where APC or a political party fails to comply with the provisions of the Electoral Act in the conduct of its primaries, its candidate for election shall not be included in the election for the particular position.”

In the case of APGA and Soludo, the plaintiff, apart from citing the INEC report that the party did not comply with the 21 days’ notice to the commission before the conduct of its primary, stressed that the party’s candidate did not resign or take a leave of absence from his appointment into the Presidential Economic Advisory Committee (PEAC).

Okonkwo went ahead to cite the alleged suspension of Soludo by another faction of APGA, stressing that the governorship primary that threw up the APGA candidate was neither democratic nor held at different centres in the various 21 council areas of Anambra State as stipulated by the Electoral Act.

For PDP, the plaintiff averred that the party used delegate list made on June 25, 2021 for the party’s governorship primary held on June 26, 2021, pointing out that the said list was submitted to INEC after June 25, 2021 in contravention of the provisions of the Electoral Act 2010 as amended.

While arguing that PDP used a delegate list outside the one uploaded on the INEC website, the plaintiff referred to the points of disagreements by some aspirants in the primary, including Dr. Obiora Okonkwo, Dr. Godwin Maduka and Hon. Chris Azubogu.

He further alleged that the PDP candidate, Mr. Valentine Ozigbo, was presented to the 10th defendant after July 30, 2021, which was the deadline for the withdrawal or substitution of candidates by parties.

The plaintiff accused YPP of presenting the 8th defendant (Senator Ifeanyi Ubah) as its candidate not minding that as at July 1, 2021, when Ubah presented himself to be voted for as the governorship candidate, he was still in the public office of the Federal Government.

“That Senator Patrick Ifeanyi Ubah is not representing himself for re-election of the membership of the Nigeria Senate, but he sought an executive higher statutory tenured office of the governorship of Anambra State

“That a member of the National Assembly aspiring to contest in a party primary election for the governorship, a statutory tenured office as the membership of the National or State Assemblies, which is constructively and constitutionally different from standing for re-election to the tenured positions in both the National and State Assemblies, is mandatorily required to either resign, withdraw or retire from such parliamentary positions, or take leave of absence without pay at least 30 days before standing for the party governorship primary,” Okonkwo declared.

The public law/ public interest litigation comes as a fresh pointer that the outcome of November 6 Anambra State governorship poll could be settled by the court, as the ruling is expected to moderate the political ambition of elected public officials.

The plaintiff maintains that the information supplied by the eight defendants to the 10th defendant (INEC) are false in every material sense, stressing that the parties should not be allowed to benefit from the flagrant breach of the Electoral Act as amended.

Against the background of the multiple threats to the exercise, if the Anambra State governorship holds as INEC has assured, it would be hard to predict a winner despite the fact that the African Democratic Congress (ADC) and Zenith Labour Party (ZLP) have continued to sell their candidates, Nze Akachukwu Nwankpo and Dikeora Obiora Okonkwo as the new favourites of the people.