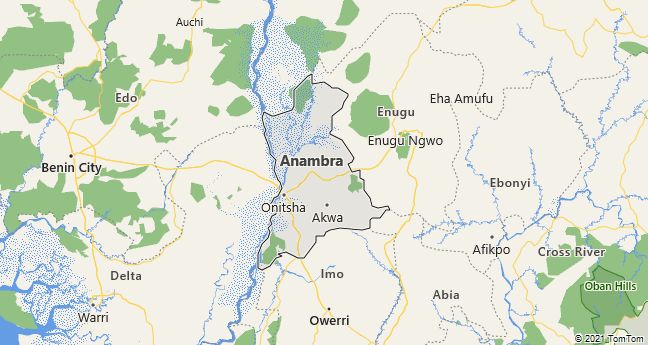 A traditional ruler in Abia State, Eze Uwadiegwu Ogbonnaya, has said that the forthcoming gubernatorial election in Anambra State is a test to determine the future of Nigeria.

Ogbonnaya, who is the Ojim 1 of Umuanyi autonomous, Uturu and Chairman Isuikwuato Traditional Rulers Advisory Council, made this disclosure in Umuahia, the Abia State capital.

He spoke on Thursday during the opening ceremony of the seventh triennial delegates conference of the Nigeria Union of Journalists (NUJ) holding in Umuahia.

Recall that the Independent National Electoral Commission (INEC) has fixed Saturday, 6th November 2021, as the date for the gubernatorial election in Anambra State.

It was however gathered that the state has been witnessing series of crises ahead of the election.

Ogbonnaya, while addressing the delegates conference, insisted that the election will determine where Nigeria will be in the future.

Ogbonnaya, who cautioned the citizens of the state against causing violence, warned President Muhammadu Buhari against declaring a state of emergency in the state.

He said that what happened prior, during, and after the election would determine Nigeria’s destiny.

“This election in Anambra State will be a test for Nigeria.

“All the rich men in Anambra should not throw the state on fire.

“I am appealing that Nigeria is safe”.

ENGLAND TO CUT QUARANTINE FOR TRAVELLERS FROM ABROAD

Omicron: No new restrictions in England before Christmas – Boris Johnson