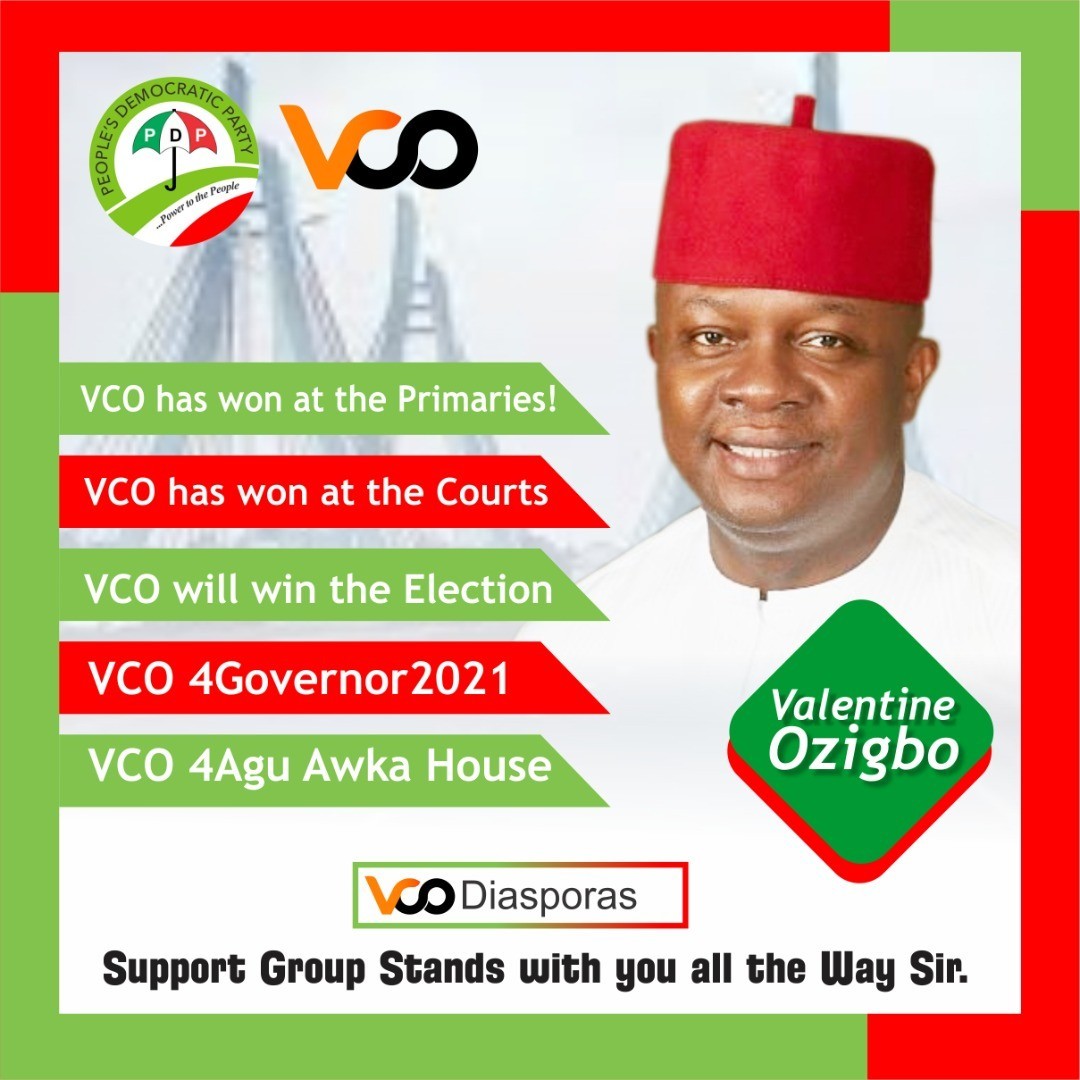 The Court of Appeal in Abuja on Friday declared Valentine Ozigbo as the validly nominated candidate of the Peoples Democratic Party (PDP) for the November 6 governorship election in Anambra State.

On July 5, 2021, Senator Ugochukwu Uba, who did not participate in the PDP primary, instituted a suit against the party and its candidate, Valentine Ozigbo and the Independent National Electoral Commission (INEC), challenging Ozigbo’s candidature for the November 6, 2021 governorship election.

In its ruling, the Court of Appeal recognised the gubernatorial primary conducted by the National Working Committee (NWC) of the PDP on June 26, 2021 at the Prof. Dora Akunyili Women’s Development Centre as lawful and was visibly upset with the 1st respondent and his lawyers for forum shopping.

The panel of Justices presided by Honourable Justice Dongban Mensa, also ordered the national electoral body, INEC, to immediately publish Valentine Ozigbo as the candidate of the PDP, the main opposition party on its website.The court awarded a cost of ten million against the Senator Ugochukwu Ubah for being a meddlesome interloper.

This ruling paves the way for the PDP to launch its promised “robust campaign” for the governorship of the south-eastern state. Mr Alex Ejesieme, SAN, the lead Counsel to Mr Valentine Ozigbo, had argued in the appeal that the judgement of the Awka High Court delivered by Justice Nwabunike was faulty because it was based on a judgement by a Federal Capital Territory High Court which the Court of Appeal had voided.

Recall that barely 24 hours after Senator Uba instituted the suit, Justice O. A. Nwabunike curiously granted an ex parte injunction restraining INEC from carrying out its constitutional duty and also abridged the time within which the defendants are legally obliged to file their defence from 42 days to only 3 days in violation of Order 16 Rule 1(2) of the Anambra State High Court (Civil Procedure) Rules 2019.

The high court judge went on to deny the defendants time to respond to the processes served on them and proceeded with the hearing of the plaintiff’s case, and delivering judgement against Ozigbo and the PDP.

In a dramatic twist, Justice Nwabunike made away with the case file preventing the defendants from obtaining copies of the judgement for their appeal. In an unprecedented move, the PDP had slammed Nwabunike labelling his ruling as “a black-market judgement which cannot stand in appeal”.

“Our party cautions Justice Nwabunike not to continue to test the will of the generality of the people of Anambra, whose mandate, being expressed in our candidate, Valentine Ozigbo, is being undermined, as such may trigger serious crisis in the state,” the PDP warned when it called on the National Judicial Commission and Nigerians to intervene in the matter.

Already regarded as a frontrunner in the November poll, Valentine Ozigbo, who describes himself as a child of grace, is the immediate past President and Group CEO of Transcorp Plc.

His emergence as the candidate of the PDP in the keenly contested primary is regarded as one of the most inspiring stories in Nigeria’s recent political history.

In July, Ozigbo named a seasoned administrator and two-time Commissioner of Local Government Affairs, Mrs Azuka Enemo as his running mate, a move that has further boosted his prospects in the race for the governorship.