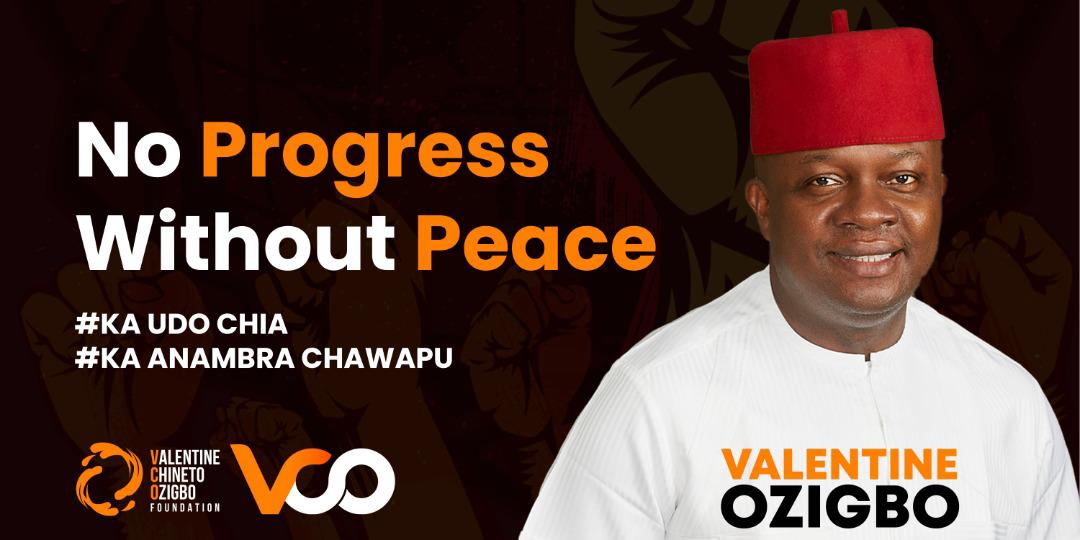 Valentine Ozigbo, a leading governorship aspirant in Anambra State, on Saturday, January 16, 2021, assured the Peoples Democratic Party (PDP) leadership in the state of victory in the 2021 election if he wins the party’s gubernatorial ticket.

At a high-powered meeting with the Anambra State Executive Committee (EXCO) and Local Government leaders of the PDP, Mr Ozigbo also made donations of vehicles to the offices of key officials in the party; 8 Toyota Cars, Approx N5 Million to party officials_

The frontrunner also stated that he would not be running for governor if he were not convinced of the credibility of the state’s PDP leadership led by the Chairman, Chief Ndubuisi Nwobu.

The respected business mogul reiterated that the party primaries must be free, fair, transparent, and without rancour for the PDP to emerge victorious at the crucial November gubernatorial polls. This way, aspirants who did not win the party primary would not become disgruntled, but rally support around the party’s choice.

“Given the assurances of a transparent primary election, I am confident that I would emerge as the PDP candidate for the governorship ballot,” Ozigbo said as he added that his candidacy would assure victory at the general elections for the PDP.

“I want to assure those who are still unsure that I have the wherewithal to mobilize the resources, people, contacts, connections, and everything necessary for us to emerge victorious at the elections,” Ozigbo said.

“We will mobilize all denominations of the church, from Catholic, Anglican to Pentecostal. We will mobilize the markets, youths, and students to win this crucial election,” he added.

Ozigbo thanked Chief Nwobu for the leadership he has provided for the party so far. He appreciated the state chairman for the unity within the party which has seen all aspirants politick without bitterness, asking for a continuation of the same as the party approaches the governorship election.

Ozigbo, who is a philanthropist and founder of the eponymously named Valentine Chineto Ozigbo (VCO) Foundation, went on to make generous donations of cash and gifts for different offices within the party including:

In his response, Obuka Awka gave a brief throwback of what he was told about Mr. Ozigbo over a year ago. According to him, he was told that “Ozigbo is someone whose word is his bond”.

Obuka Awka, as the state PDP Chairman is fondly called, hailed Ozigbo for the calibre of his team, adding that an entourage that includes three former state chairmen of the party is no mean feat and shows that his bid was solid and that he, Ozigbo, is capable of clinching the ticket and winning the election.

He went on to reiterate that the party primaries will be fair and honest, urging those who have thoughts of irregularities to have a rethink.

He further assured that all aspirants would be copied when the names of the delegates for the governorship primaries would be sent to the national arm of the party.

Ozigbo’s contingent to the event included three former State Chairmen of the party, Chief Frank Oramulu, a founding Chairman of the party in the state; Chief Benji Udeozor; Chief Ejike Oguebego; a former women leader in the state, Dame Love Ebeh; a former member of both the Anambra State House of Assembly and the Federal House of Representatives, Barrister Valentine Ayika; a former member of the Anambra State House of Assembly, Sir Tim Egboka.

Other senior members of Ozigbo’s campaign organisation who were present at the event are a former member of the state party executive, Chief Tony Offiah; Ichie Sunday Ezeobiora; the General Manager of the VCO Foundation, Sir Izuchuku Oraelosi; a former Chairman of the party in Dunukofia Local Government Area, Ikechukwu Akaeze; Dr. Willy Emenari; a party stalwart in Anambra West Local Government Area, Bartholomew Obaha; the youth leader of the VCO Youth movement, Innocent Ugwo, his female counterpart, Mrs. Oby Mezi, and others.

The event held at the state PDP secretariat in Udoka Housing Estate, Awka.