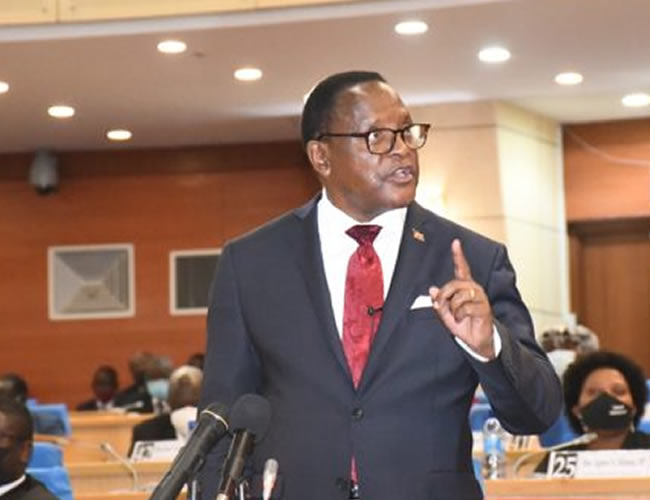 Commentators have said one of the great performances of President Lazarus Chakwera administration in his first 100 days in office is peace and political stability in the country.

Political commentator Humphrey Mvula said during Hot Current programme on Times TV on Sunday that 100 days Chakwera has been in power, there is peace ‘everywhere’ in the country.

“When he was reviewing the performance of his administration in his first 100 days in office, President Chakwera did not mention it as one of his achievement, but it is a great achievement; peace,” said Mvula.

Mvula said Malawians are free to go about their busines and even criticise the government without being victimised by the so-called ‘Ana Adad’—some overzealous individuals who were neither kids or related to the so called ‘dad’; immediate past president Peter Mutharika.

“We are no longer seeing the impunity of some rough necks using Ana Adad as licences to be above the law and harass people who opposed to the government policies,” said Mvula.

He said since the change of government, the DPP thugs are no longer terrorising political competitors and critics and that there is peace in the country.

He argued that Chakwera took over power from a DPP cartel which plundered, looted and ‘burned’ down State institutions, saying building back better will take time.

“Let us not forget that this country was on fire. And if Dr Hastings Kamuzu Banda was to show up—flywhisk in hand—he would give Peter Mutharika, a proper beating. Because the former president in Mangochi did not do justice to this country by leaving it on autopilot for five years and also for allowing kids—Ana Adad—to run the country on his behalf.

“What is now clear is that Mutharika overrates his importance and everyone in this country and in his own party, the DPP are fed up with him. People in his own party are rising against him, including some senior members of the party—who we thought—were close to him,” reads part of the column by Phiri.

He pointed out that the “little successes” Chakwera has registered in his 100 in office prove that there is so much more he can offer beyond peace and stability.

“However, he must remember that Malawians bought his promises—line and sinker. If the promises are not fulfilled some of his voters will end up hanging themselves due to disappointment. You disagree. Check suicide rates in the country; they are on the rise.

“Malawians are going through a tough time. They look up to Chakwera for answers. As the new leader pops some bottles at State House, he must accept the fact that it is true that in 100 days, he has failed to create jobs for the youths. He has failed to even employ 3 000 government interns!”

The columnist further states that Chakwera has also failed to deliver on universal fertiliser subsidy. He has failed to make life better for Malawian who had high hopes that in 100 days, they will be eating three times a day.

He further said that it is also painfully true that there are still non-renewable drivers licences at Road Traffic and passports at Department of Immigration still require bribes for citizens to get one.

But he contended that the Tonse Alliance government needs more time to fulfil some of its key campaign promises.

President Chakwera touted 35 things he has achieved during his 100 days in office, most of them are more ceremonial.

The President touted the rule of law, good governance, fighting corruption, entrenching a culture of servant leadership, improving accountability in government and gazetting of the Access to Information (ATI) Law as some of the achievements of his administration.

Chakwera campaigned on a ticket to transform Malawi into a middle-income economy by building a capable democratic developmental state.

Chakwera outlined several key initiatives, including a universal fertilizer subsidy to guarantee food security for every household, and promised to create 1 million jobs by revamping industries that would add value to the crops of Malawian farmers.