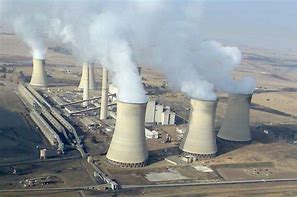 When the Ghanaian government agreed to coordinate with Shenzen Energy Group, a Chinese energy company, to build a 7,000-megawatt coal power plant in the country’s Ekumfi district, Chibeze Ezekiel was concerned. He knew the proposed plant’s wastewater, ash pit and mercury emissions posed serious health and environmental risks to the local fishing and farming communities. Access to clean drinking water was under threat from the plant’s sulphur dioxide emissions and associated acid rain, and there would have been a clear impact on the regional climate. Ezekiel, who is from the capital, Accra, was already the founder of an NGO focused on good environmental governance and started what became a successful grassroots youth movement to stop the construction of the $1.5 billion plant, which included a shipping port to bring in coal. Heran a social media campaign emphasizing the threats of the proposed plans to the environment and local communities, detailing the possible long-term job creation that might come with a shift to renewable energy.

Since 2000 the China Development Bank and the Export-Import Bank of China alone have supplied $6.5 billion of finance for coal projects in Africa, according to the Boston University Global Development Policy Center. China has a rapidly developing economy with many sectors dependent on fossil fuels and it currently contributes 26% of global carbon emissions, according to the Green Belt and Road Initiative Center (Green-BRI).

In October, one month after Xi promised carbon neutrality, one of China’s biggest energy construction firms, state-owned PowerChina, flew 223 Chinese employees into Zimbabwe to “accelerate” the expansion of the coal-fired Hwange Power Plant in the west of Zimbabwe. Two weeks later, the Chinese Ambassador to the country, Guo Shaochun, said in a tweet that the coronavirus pandemic “cannot stop the pace of cooperation between China and Zimbabwe” and that on completion of the project, the country’s “power self-sufficiency capacity will be greatly improved.”

African governments have been happy to push ahead with dirty energy projects that only the Chinese will finance. The potential of a competent energy infrastructure fueled by cheap coal is enticing for a country like Zimbabwe, given the energy deficits slowing economic growth. The country has a national power demand ranging from 2,200-2,400 megawatts but only provides about 1,300, according to the Centre for Natural Resources Governance (CNRG).

Biden Needs to Fix Trade in order to build a better a better U.S.