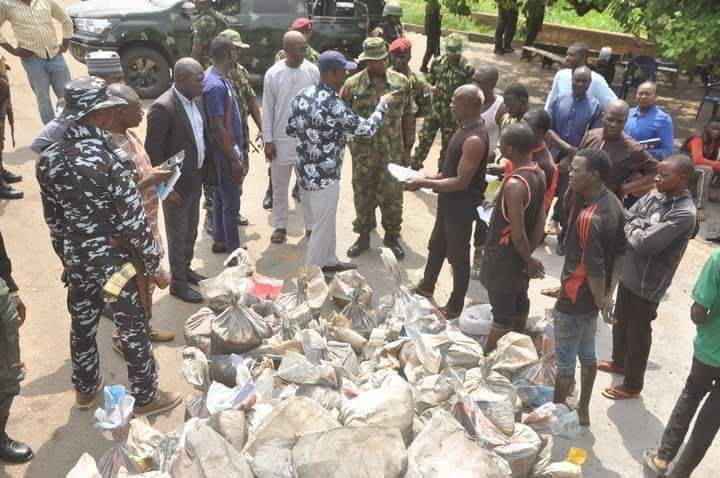 73 Young Men headed for Imo State were Intercepted by troops of 72 Special Forces Brigade of the Nigeria Army in Makurdi the Benue State capital.

These young men were being transported inside five trucks with 47 motorcycles when the soldiers stopped them at Agan Toll Gate.

Briefing journalists on Tuesday, the brigades commandant, AD Alhassan said, the operation was based on an intelligence report they received on Monday night.

The five trucks transporting them equally conveyed some minerals like Led and Zinc from Plateau State to a Port Harcourt-based company.

Deputy Governor of the state, Mr Benson Abounu, who was also present, commended the Special Forces for their diligence and professional conduct.

He noted that despite the attempts to evade arrest, the soldiers were able to apprehend the trucks and arrest the men who alleged that they were heading to Imo state to ply the trade as motorcycle operators in a state that has since banned motorcycles and tricycles from operating.

Alhassan confirmed that no weapons were found after the search conducted on the passengers, trucks and motorcycles.