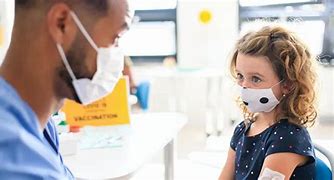 A comprehensive research, led by an international consortium including researchers at Imperial College London, of the vaccines programme yet to be undertaken would be successful ,with a further 32 million deaths predicted to be prevented by vaccination programmes by 2030 (28 million deaths prevented in under-5s), if progress is sustained.

The study estimated that millions of deaths have been prevented through vaccine programmes, with an estimated 28 million deaths in children under-5 to be averted by 2030.

Professor Neil Ferguson said: “These findings show that since 2000, 36 million children under 5 have been saved by vaccines and another 28 million will be saved by 2030.

“The magnitude of this cannot be underestimated. As a result of a simple vaccination, 36 million families were not left grieving for their child or baby – and these children were given the chance to grow up.”

Vaccine programmes in low- and middle-income countries have prevented 37 million deaths in the last 20 years alone – 36 million in children under 5.

Infectious diseases are still a major cause of disease and deaths, especially in low- and middle-income countries. Vaccination is one of the most cost-effective health interventions available.

Childhood vaccination programmes have increased over the last two decades globally, substantially reducing disease and deaths from diseases such as measles, meningitis and hepatitis. This study offers the most reliable estimates of the impact of childhood vaccinations on mortality yet undertaken.

The Vaccine Impact Modelling Consortium  – a multinational collaboration of 16 research groups – generated estimates from at least two independent models, for each of ten diseases.

These estimates focused on deaths averted by vaccination against 10 diseases in 98 low-and middle-income countries, in the period 2000-2030.

These countries include over two-thirds of the world’s population.

The Consortium estimates that vaccinations against the 10 diseases considered have prevented 37 million deaths between 2000 and 2019, of which 36 million were deaths averted in children under the age of 5 years.

The largest potential additional gains (above those already achieved) will be seen by increasing HPV vaccination coverage in girls.

This is predicted to avert more deaths per person vaccinated than any other immunisation activity. Increasing pneumococcal conjugate vaccine coverage will give the largest reductions in under-5 mortality.

These huge impacts are a testament to both the public health benefit of vaccines overall, and the sustained investment in increasing global vaccination coverage in the last two decades.

The study highlights what could be achieved by further investment in vaccination programmes by countries and donors.

Dr. Katy Gaythorpe said: “A child born in 2019 will experience a massive reduction in their risk of dying from these 10 pathogens over their lifetime, with their mortality falling by 72% due to vaccination alone.”

Dr. Xiang Li said: “In a time when the world desperately awaits a COVID-19 vaccine to help return our lives to normal, this study demonstrates how vaccines have transformed the health of the world, and given 36 million children another chance at life.”

Dr Seth Berkley, CEO of Gavi, the Vaccine Alliance, said: “This impressive study provides yet more evidence that vaccines work, and is testament to the hard work of Gavi and our Alliance partners in improving vaccine coverage across the world over the past two decades.

“As COVID-19 continues to overwhelm health systems worldwide, it is also a timely reminder that we cannot allow the pandemic to disrupt routine vaccinations. That’s why the Alliance is working day and night to help the world’s poorest countries maintain and restore their immunisation programmes, to ensure millions more children can be protected against some of the world’s deadliest diseases.”

Dr Robin Nandy, UNICEF’s Chief of Immunizations, said:
“These new data, showing that vaccinations have helped save approximately 36 million children over  two decades, illustrates the remarkable impact vaccines have made in saving children’s lives across the world, especially in the poorest communities where children are particularly vulnerable.

“We can save an estimated 28 million more children in the coming years, which is why we must invest in vaccination programmes to reach those that need them most, despite recent disruptions to immunization delivery  due to the COVID-19 pandemic.”