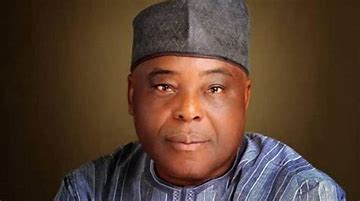 Southeast leaders on Monday, October 19, condemned the recent comment made by the former chairman of DAAR Communications, Raymond Dokpesi, over call for an Igbo president come 2023.

The Council of Igbo Elders warned that the people of the region are not desperate for the 2023 presidency to warrant such a comment from Dokpesi. Chief Iwuanyanwu described the comment as faulty.

In a reaction to Dokpesi’s statement, the chairman of the Council of Igbo Elders, Emmanuel Iwuanyanwu described the media mogul’s remark as unfortunate.

Why Dokpesi’s statement has been described as faulty

Punch reports that Iwuanyanwu noted that the people of the southeast region have always supported Nigeria’s unity which can be seen in their investment scattered all over the breath of the country.

Iwuanyanwu noted that Dokpesi’s argument was faulty on the possibility of an Igbo president disintegrating Nigeria once given the opportunity. He said there is the problem of agitation all over every region of the country and that the cry against the marginalisation of Ndigbo cannot be underestimated with such an insensitive statement.

Iwuanyanwu further called on Dokpesi to encourage and preach justice, equity and fairness as an elder statesman that he is rather than spreading hate.

Meanwhile, Ohanaeze Ndigbo had said that the time is ripe for the emergence of an Igbo presidency. The southeast group said the Igbo people are also ready to speak in one voice in preparation for the 2023 presidential election. Ohanaeze Ndigbo led by its president-general said the people from the region are very optimistic about securing the mandate to lead all Nigerians by the year 2023.

In other news, the president of the Pharmaceutical Society of Nigeria, Sam Ohuabunwa had made public his ambition to run for the presidency in 2023.

Ohuabunwa said his decision for such a huge political ambition spurs from calls from friends and associates who strongly believe he is the right man for the job.