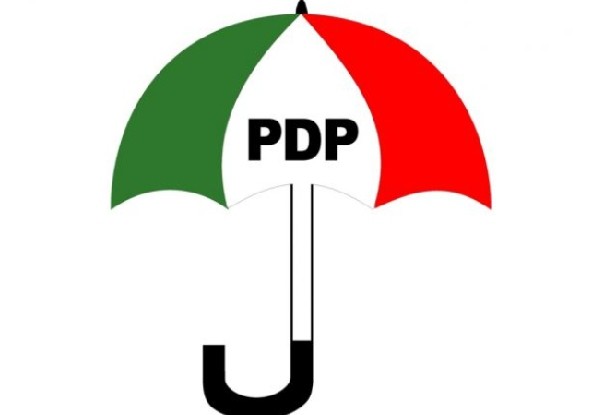 As the race for the 2023 presidency gains momentum, the coast is becoming clearer that Peoples Democratic Party (PDP) will zone its presidential ticket to the north and its party chieftain from the South as it prepares for its national convention where new officers will be elected,

Sources within the party disclosed that this zoning arrangement would determine critical decisions to be taken at the convention holding between October 30 and 31 this year.

It was gathered that party leaders are already scheming for some top contenders for the chairmanship position from the South despite the fact that incumbent chairman, Uche Secondus has shown interest in re-contesting the office.

It was gathered that party leaders believe that if the PDP wants to win the election, it must go to the North to choose its presidential candidate and that that will give it an advantage over the All Progressives Congress (APC), the way it did for the ruling APC in 2015.

Also, some party leaders argue that the South had produced the last President by PDP and he spent six years in office. So, going by zoning arrangement, the PDP should go to the North in the search for the Presidential flag bearer.

With this arrangement, the PDP may have jettisoned the position of the Southern Governors Forum that major parties should zone their presidential candidates to the South.

The governors had said: “The Forum reiterates its commitment to the politics of equity and fairness, and unanimously agrees that the presidency of Nigeria be rotated between Southern and Northern Nigeria and resolved that the next president of Nigeria should emerge from the Southern Region.”

Party sources said the PDP is more concerned about returning to Aso Rock and zoning its presidential ticket according to its antecedent to reduce its internal crisis.

If the party succeeds with its scheme of zoning the Presidential candidate slot to the North, the presidential ambitions of aspirants like Governors, Nyesom Wike, Udom Emmanuel, Emmanuel Ikpeazu, Ifeanyi Okowa and Peter Obi may have hit the wall.

Although there are many PDP presidential aspirants from the North, former Vice President Abubakar Atiku, Senator Bukola Saraki, Governor Aminu Tambuwal and Bauchi State Governor, Bala Mohammed are believed to be top contenders for the party’s flag.

However, some PDP leaders are already looking beyond Atiku for a young and vibrant member they think the party can easily sell to Nigerians. They believe Atiku has become a serial aspirant, having contested consecutively since 2007.

He is alleged to have abandoned the party immediately after he lost the 2019 election and gone out of the country.

They said he did not even attend the court sessions during the hearing of the election petitions filed on his loss of the election both at the tribunal and appellate courts. They argued that if Atiku had provided leadership, the party would not be in the crisis that it is and would not have lost some of its key members.

To the leaders, age and issues of health are also not on Atiku’s side and he does not meet the requirements set by former Head of State, Gen. Ibrahim Badamosi Babangida, which have gained traction with politicians on all sides of the divide.

Some party leaders advised Bala Mohammed to go for second term and work hard to reinforce the party in his state and the Northeast. This reduces the contest to both Saraki and Tambuwal. Party leaders said both of them have national appeals and capacity to bring back some party leaders that had left the party.

While Tambuwal is favoured because he is from the North West, Saraki who is from the North Central is said to be more acceptable by party leaders across the zones. A party source said, “If it is about competence, capability, capacity and courage, Saraki is the man for Nigeria in 2023.”

PDP leaders, who expressed optimism that the party stands a good chance to win the 2023 presidential election, hinged their optimism on what they described as “failure of APC to improve the economy and security, and its failure to fulfill campaign promises to Nigerians.”