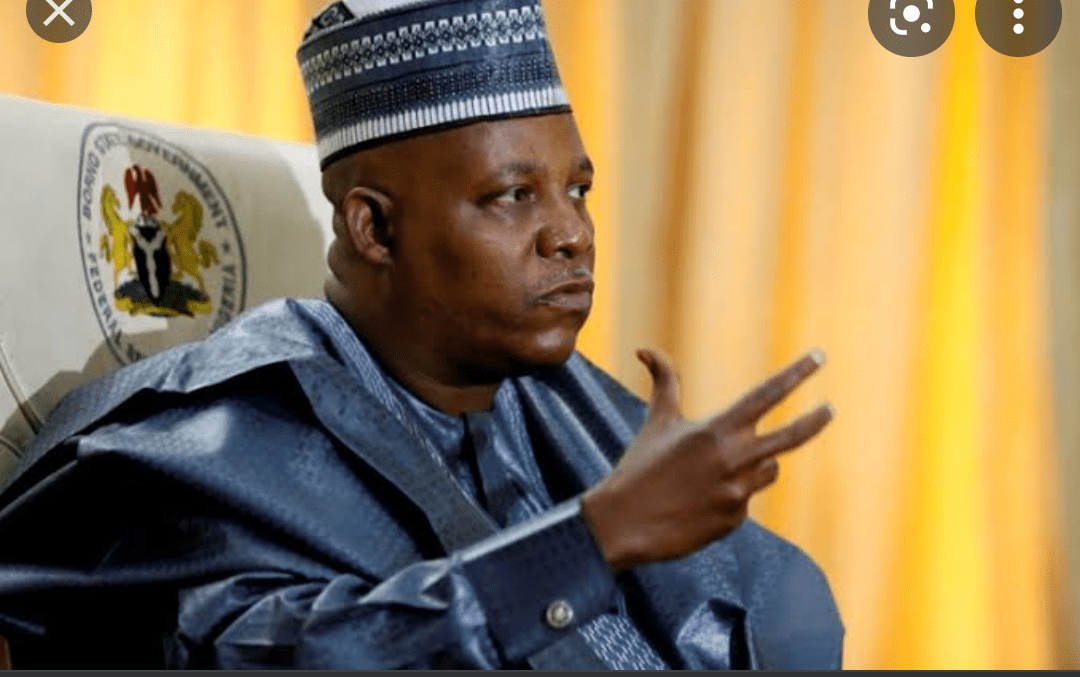 A former Borno State Governor, Kashim Shettima, has called for a power shift to the southern part of Nigeria in 2023.

Shettima made the call in Abuja on Friday at the public presentation of the book titled ‘Standing for the Truth with Courage.’

The book was written by Prof. Emeritus Njidda Gadzama, who is the Chairman of the TETfund Research and Development Standing Committee.The book, prescribed as a resource material on the culture and language of the Margi people in Borno, is a story of Gadzama, covering details of special events in his life.

The former governor, stressing that the hope of the country rested on the mindset of its people, said the problem was not religion or ethnicity but people using it to achieve their goals, the News Agency of Nigeria reported.“I believe in equity, justice and fairness.

After power has resided in the North for eight years, there is the need for a power shift in the South,” he said.Shettima said there was a need for the country to inculcate the culture of writing books to enhance the academic performance of students.

Prof. Ibrahim Gambari, the Chief of Staff to President Muhammadu Buhari, called for unity and peaceful co-existence of Nigerians.Gambari said the best way to guarantee unity of Nigeria was for all the people to come together, while commending Gadzama for using his experience to illustrate the importance of standing for truth in his book.

“We are going through difficult times in our country, economic and security but let us recognise that the whole world is going through the same challenge.

“Nigeria is part of the world. But the leadership under which we operate shows we shall indeed overcome all these. If we keep united, keep building, we cannot be ignored by any other country in the world.

“I am convinced that under the leadership of president Buhari, there is going to be a better future. He belongs to all Nigerians,” he said.Responding, Gadzama noted that his experience at the 13 Working Groups of TETfund research committee had deepened his faith in Nigeria that “we can make it as a nation’’.According to him, Nigeria is a beautiful country that nothing should divide on ethnic lines.

The intelligent people of Nigeria have great potential together develop the country.“As a member of a minority tribe in the North, I invariably will learn Hausa language early. But if I were younger, I will want to learn to speak Igbo and Yoruba languages so that I will move around as a local native freely in Nigeria.

“Members of the major tribal languages too should learn one major language with one minority language, as there are many (250) to pick from.“That way in 100 years maybe we will evolve a language that is owned by all of us,” he said.

Meanwhile, Prof. Suleiman Bogoro, the Executive Secretary, TETFund commended Gadzama’s strides toward ensuring that research and development was taken to greater heights in the country.

The world economy will be worse than expected in the short term, says central bank governor