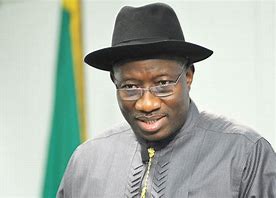 AS the debate and calls by  Nigerians over the workability of e-voting and transmission of results continue to be on the front burner, former President, Dr. Goodluck Ebele Jonathan, has insisted that electronic voting is the way to go.

“It is difficult, therefore, to understand why the argument against the possibility of electronic transmission of election results continues to subsist, despite all the advancements made in information and communication technology over the years.

“There is no doubt that the independence of the electoral management body is the key plank upon which a thriving democracy rests. In Nigeria, the agency with the constitutional responsibility for this role is the Independent National Electoral Commission, INEC.

“There is the need for those involved in the ongoing electoral reforms to review their efforts and ask themselves some tough questions.

‘’It is a painful emotion or passion excited by the expectation of evil, or the apprehension of impending danger.  Generally fear, to a large extent, determines the level of economic growth in a nation, in almost all sectors. There is indeed a corresponding relation between fear and economic growth.

“Nations where people live in fear tend to record reduced economic activity and less development than others. In many circumstances, the fear factor in human survival, prosperity and security requires that more should be done to restore hope in the people and in their economic well being.

“Farmers who harbour fear about their personal security will be too scared to go to their farms, as is the case in many parts of the country. For an agrarian economy like ours, it is not good news if farmers are abandoning their farms because of fear.

“The economy will generally take a hit if traders and merchants for instance are not confident enough to open for business because of the fear of the menace of state and non-state actors in the field of security.

“If the economic environment and the investment climate are not reassuring enough to an industrialist, he may not venture into building that factory that could provide employment to many youths. Even those already operational, risks shutting down if the fear factor in a society is not addressed.

“How about the school environment? Is it safe enough for the pupils, students and their teachers to remain in the classrooms and sustain the education cycle which is the engine of growth and basis for innovation and survival of a nation.

“The same is applicable to places of worship which are responsible for moulding the minds and hearts of members of the society. Are Christian and Muslim faithful free to conduct their worship in an atmosphere devoid of fear?’’

In his address, Commandant of the National Defence College, Rear Admiral Oladele Daji disclosed that 99 participants from the Nigerian Army, the Nigerian Navy, the Nigerian Airforce, the Nigerian Police, Para-military organizations, MDAs as well as officers from 15 foreign countries werej participating in the course.

The W.T.O. Should Be Abolished