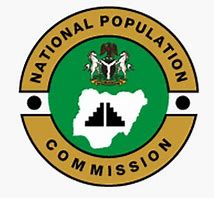 The National Population Commission (NPC) Thursday said it would use electronic means for population estimates in security-risk areas during the 2022 national census.

The chairman of the commission, Nasir Isa Kwarra, disclosed this in Abuja yesterday at a press conference to commence the fieldwork for the second pre-test exercise in preparation for the forthcoming population and housing census.

He said the electronic mode would be used to collect data to make the census accurate and free of controversies.

He noted that population estimate is the only alternative to generate credible and accurate data in areas where its staff will not be able to reach due to insecurity.

According to him, the mode is an acceptable methodology to garner population data of an area.

Kwarra said the mode would not distort the credibility and accuracy of the data to be collected for the census.

“We can use technology like electronic devices to estimate the population of an area. It is population modelling that is accepted globally.

“We are adopting it in case we are unable to get in there. We are trying our best to make sure that we get into the area and retrieve the data we want to get,” Kwarra said.

He stated that the second pre-test exercise was the last major activity of the commission before the 2022 national census while the first led to a pilot study on the Enumeration Area Demarcation (EAD) in 772 local government areas.

He said the second phase of pretest would take place in 444 Enumeration Areas (EAS) in 148 LGAs with the objective to generate suitable questionnaires/forms and clarity of concepts, instructions as well as contents of census instruments, among others.

Firms to produce from neighbouring countries over new gas prices