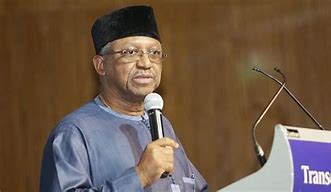 The Minister of Health, Dr Osagie Ehanire, on Monday, said the $200 million fund widely said to be for the procurement of malaria net was in fact for the malaria eradication programme in 13 states.

The minister disclosed this during a media briefing on the COVID-19 response in Abuja.

According to Ehanire, it was necessary to clarify the situation due to the ongoing rumours concerning the fund.

The Senate Committee on Local and Foreign Loans, on Tuesday, kicked against the proposal by the Federal Ministry of Health to borrow $200 million under the Malaria Programme to buy mosquito nets in the 2022 budget.

The committee condemned the response of the Ministry of Health’s submission about its intention to borrow the amount for the purchase of mosquito nets for 13 vulnerable states.

He said, “The United States Presidential Initiative on malaria donated $295 million to cover eleven states and the global health fund for tuberculosis and malaria, also donated about four million dollars for 13 states. This leaves thirteen states without bilateral support.

“As a condition for our partners to release their own grants, the partners want Nigeria to be responsible for thirteen states namely Abia, Anambra, Borno, Edo, Ekiti, Ondo, Kogi, Imo, Lagos, Rivers, and the Federal Capital Territory. The fund is not just to purchase mosquito nets as widely purported but to purchase test kits among others.

“Malaria is endemic to Nigeria and therefore people are so used to it and trivialize this disease in Africa. We are the country with the highest burden of malaria. Malaria counts for about 60 per cent of out patient hospital visits.

“The purpose of this briefing is to correct wrong information arising from not knowing the circumstances around the facility. The Federal Ministry of Health will gladly provide details. The public is enjoined to note the following: It is part of a borrowing plan, stated under the multilateral source of funds to meet Nigeria’s financial obligations.

“The money is about a quarter (25%) of what our foreign partners provided for the Global Roll-Back-Malaria Partnership Plan of Work.
Paying this money is a condition for Nigeria to get foreign support.

“Expenditure follows strict World Bank rules and guidelines and is monitored by the Ministry of Finance and as well as by the World Bank. The facility is for 13 States over a 5 year period, with about 25% going to nets and 75% to testing, treatment and other malaria control measures. Any unspent funds out of the facility returns immediately to Federal Government account.”