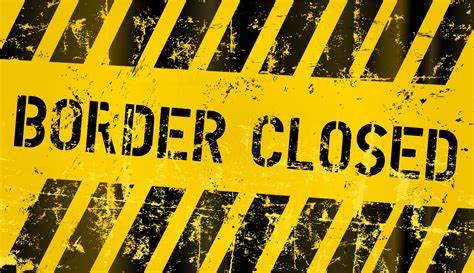 It also demanded that neighbouring countries should check smuggling from their own ends as part of the conditions for reopening the borders.

The President set up a  ministerial committee consisting of Ahmed, her counterpart for interior, Rauf Aregbesola; the Foreign Affairs Minister, Geoffrey J Onyeama, as well as heads of immigration and customs to review the decision.

But more than a year after it was set up, the committee has yet to submit its report to the President.

Discussions over border closure came to the fore on Wednesday  as stakeholders assessed its impact on the economy, which had been hit by a recession.

Stakeholders in the manufacturing sector, including the Manufacturers’ Association of Nigeria’s Export Group and the Abuja Chamber of Commerce and Industry, on Wednesday, took a swipe at the Federal Government over prolonged closure of borders.

The export group of MAN and the ACCI, in separate interviews with The PUNCH, reviewed the closure of land borders since August 20, 2019 by the Federal Government and concluded that uncertainty it created was bad for the economy.

The President of MAN’s Export Group, Chief Ede Dafinone, in an interview with one of our correspondents, said that the uncertainty surrounding the prolonged border closure affected investment decisions of manufacturers.

According to him, manufacturers who export to neighbouring African countries have lost confidence in the government as the border closure has discouraged long-term investments and affected the economy.

He said a particular company had stopped production completely as a result of the border closure as its products were produced solely for export and were too heavy to be airlifted.

However, Dafinone said a  few companies said they benefited from the closure because influx of fake products through the land borders reduced.

“What is very clear is that the sudden prolonged and unanticipated closure of the border is bad for business because of the business community cannot make projections at all for production for export. That uncertainty is clearly bad for long term investments. In that sense, it is definitely bad for the economy.”

Dafinone noted that a lot of manufacturers closed down their export segments because of border closure.

According to him, the government has to earn its goodwill by opening the borders and explaining to investors in more details than it has done.

On its part, the ACCI said government should own up to the fact that its closure of  land borders was a wrong decision.

The President of  ACCI, Adetokunbo Kayode, said the decision by government to close the borders without consulting private sector players, who use the borders, was wrong.

He said, “The border closure had multiplier base. One is that the decision was taken without consultation, which we think is wrong decision. Government was actually about to review it before the pandemic came and it had to lock up.

“You see, there is no perfect decision or policy or government. So when you are wrong just accept, because it is like being in a hole, in such a situation you don’t have to continue digging but to find a way to get out.”

Kayode described the closure of land borders by government as a reactive decision that was not given a thorough consideration.

A professor of Economics at the Olabisi Onabanjo University, Ago-Iwoye, Ogun State, Sherrifdeen Tella, in an interview with one of our correspondents, said although the aim of border closure was to increase local production, it had not been achieved.

According to him,  border closure did not contribute to recession. He stated, “The recession that we are in is caused majorly by COVID-19 and the crash in the price of oil and the amount of the oil that was being purchased.”

He noted that poultry and rice farmers reported an improvement in sales arising from the border closure, while investors engaged in cross-border trade in the sub-region lamented the closure.

But Ahmed said the nation’s land borders would be reopened soon.

Ahmed said the presidential committee set up on the matter had completed its job and would soon submit its report.

She said the committee would soon submit its report to the President,  following which a formal pronouncement would be made on the matter.

The minister did not however disclose when the report would be submitted and how soon the land borders will be reopened.

She said, “Mr President has set up a committee that I chair, alongside the minister of foreign affairs and other ministers including interior and agencies such  customs, immigration and other security services to review and advise him on the issue of border closure.

“The committee has just completed its work and we will be submitting our report.

“I have signed my copy; I gave everybody to sign between today (Wednesday) and tomorrow (Thursday) so that we submit the report to Mr President.”

Recall that Ahmed had, at a roundtable discussion at the 26th Nigerian Economic Summit, given an assurance that the borders would be reopened

Ahmed also said the Federal Government was not planning to withdraw the 2021 Appropriation Bill from the National Assembly because of recession, as being proposed by some groups and individuals.

Rather, she explained that the government would be using the Economic Sustainability Plan to revive the economy.

While saying that the recession was expected, the minister said it was for that reason that the government designed the ESP

She said, “You will recall that the ESP was designed to be a 12 months plan, to act as a bridge between the ERGP and its successor plan. But also, it was designed specifically to help us quickly exit recession, which we had projected was going to happen.

“We have been able to release a large volume of capital funding into ministries, departments and agencies, enabling a lot of public work going on simultaneously all over the country.”