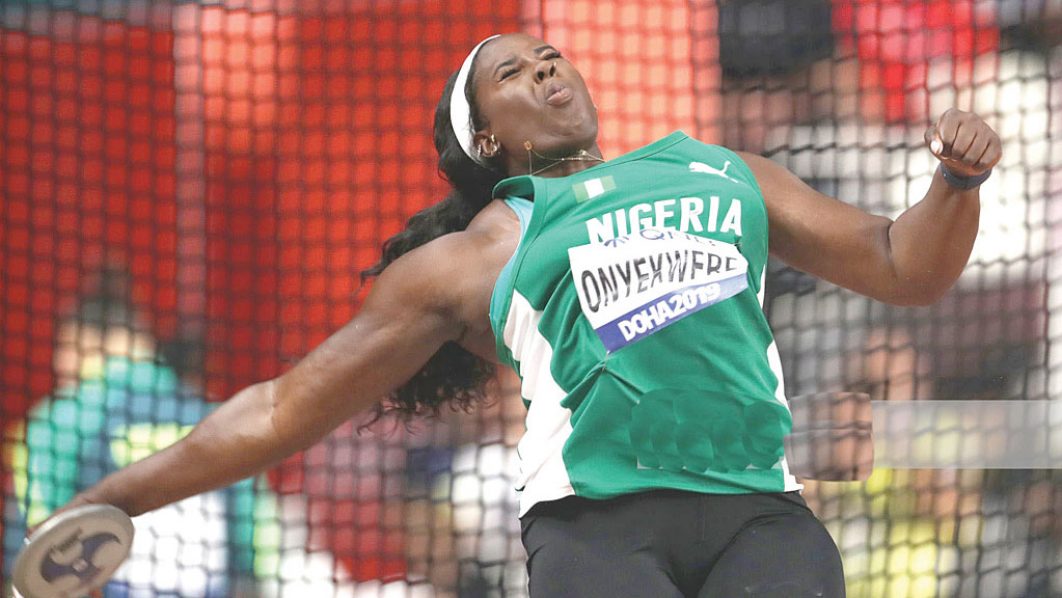 Team Nigeria may have run into troubled waters at the Tokyo 2020 Olympics following reports yesterday that 10 of the country’s athletes have been declared ineligible to compete at the Games.

A statement from the Athletics Integrity Unit (AIU), an independent body created by World Athletics to manage all integrity issues – both doping and non-doping – revealed that a total of 18 athletes have been declared ineligible.

The statement said Nigeria is the most affected country, not meeting the minimum testing requirements under Rule 15 for 10 athletes.The AIU explained that under the framework of Rule 15 governing National Federation Anti-Doping Obligations, which came into force in January 2019, National Federations are accountable for ensuring appropriate anti-doping measures are in place in their respective jurisdictions.

Among other things, the rule sets out minimum requirements for testing for the national teams of ‘Category A’ federations deemed to have the highest doping risk and considered as a threat to the overall integrity of the sport.

The key requirement in Rule 15 is that an athlete from a ‘Category A’ country must undergo at least three no-notice out-of-competition tests (urine and blood) conducted no less than three weeks apart in the 10 months leading up to a major event.Efforts to speak with Nigerian officials after the news broke out yesterday were unsuccessful because of the time difference between Nigeria and Japan.

EARLIER yesterday, the first Vice President of the Nigeria Olympics Committee (NOC), Solomon Ogba, faulted a report that one of the athletes representing Team Nigeria at the Tokyo Olympics, US-based discus thrower, Chioma Onyekwere, was abandoned in a hotel. Ogba described the claim as untrue.

The report in Nigeria had claimed that the discus thrower, Chioma Onyekwere, was abandoned in a hotel by Team Nigeria, who told her to wait to be tested on Sunday.Quoting Chioma’s sister, Pat Onyekwere, the reports further stated: “It’s been almost three days and she (Chioma) has been placed in a hotel away from everyone else in Team Nigeria, outside of the Olympics village, not because of COVID-19, but because we are too lazy to put her on a list to get tested”.

“Chioma Onyekwere is not in the Olympics village because you have refused to start the process of testing her. She works for Ford and is in the top 16 and can make it to the finals,” Pat Onyekwere wrote on Facebook on Monday.She continues: “You lied and told her she would be tested on Sunday; put her in a bus for several hours away from her teammates not to be tested.

They told her she will get tested today (Monday) no matter what and still you did not test her. Chioma may be in Tokyo and can’t do anything about this, but the rest of us can ask news journalists in Nigeria and abroad to report on your incompetence.

“Three days of not getting someone tested that has been begging you for it. To just put her on the list so she can enter the Olympics Village and compete and train but instead you leave her out by herself in the cold. Why are you doing this to her? Have you no sense of urgency, kindness, and competence to do your job.”

However, the NOC boss, Ogba in a telephone conversation yesterday said that there was no iota of truth in the story. He said the U.S.-based discus thrower, Chioma Onyekwere, was never abandoned at any point.

“That is not true. Chioma Onyekwere has been in the Games village for the past two days. The sister (Pat Onyekwere) should show proof that the athlete is in a hotel. Some of our athletes are having problem with the Out of Competition Test, but we are dealing with the situation here. We never abandoned any of our athletes in the hotel,” Ogba stated.